Female Genital Mutilation (FGM) is a harmful traditional practice involving the cutting or removal of the external female genitalia. It has existed for more than 2,000 years and is performed on girls from birth, up to just before marriage, and sometimes beyond. FGM is also known as “female circumcision” or “cutting”, and by other terms locally.

According to the World Health Organization (WHO):

Type II — Partial or total removal of the clitoris and the

labia minora, with or without excision of the labia majora (excision). When it is important to distinguish between the major variations that have been documented, the following subdivisions are proposed:

Type III — Narrowing of the vaginal orifice with creation of a covering seal by cutting and appositioning the labia minora and/or the labia majora, with or without excision of the clitoris (infibulation). When it is important to distinguish between variations in infibulations, the following subdivisions are proposed:

Type IV — All other harmful procedures to the female genitalia for non-medical purposes, for example: pricking, piercing, incising, scraping and cauterization.

GLOBALLY, OVER 200 MILLION WOMEN AND GIRLS ARE AFFECTED BY FGM.

It is estimated that more than 200 million girls and women alive today have undergone female genital mutilation in the countries where the practice is concentrated. Furthermore, there are an estimated 3 million girls at risk of undergoing female genital mutilation every year. The majority of girls are cut before they turn 15 years old. FGM has been documented in at least 30 countries, mainly in Africa, as well as in the Middle East and Asia. It is also prevalent in diaspora communities around the world.

There are no health benefits to FGM and it causes much harm. Some of the health problems caused include:

– difficulties in urinating or menstruating

– issues with sexuality and pain during sex

– complications, and sometimes death, in pregnancy and childbirth

– incontinence due to tears in bladder or rectum (fistula). 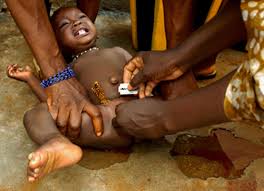 Why and where does it happen?
FGM is an ancient traditional practice which has been taking place for over 2,000 years and whilst it is not known exactly where and why it first happened it is thought to originate from Sudan/Egypt. It is often mistakenly thought that FGM is performed for religious reasons but it pre-dates the major faiths and is not required by any religion. The reasons why FGM continues today are complex and reflect both the history and current circumstances of the communities in which it takes place. Reasons given for practising FGM include:

– preservation of virginity and chastity

– preparation of girls for womanhood and to enable them to have a good marriage. 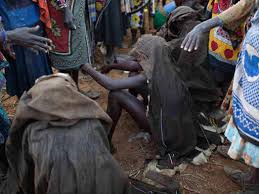 What we are doing about it

Garana is non-profit humanitarian organization, based in Kenya, aiming at restoring the pleasure and dignity of Female Genital Mutilation (FGM) survivors through a clitoral restorative surgical procedure originally developed by Dr. Foldes in France.

How we do it

Garana’s ultimate goal is to make the clitoral restorative procedure available in all the counties of Kenya where the horrific crime of FGM is being committed and in neighboring countries. Our bigger mission is to build a hospital where FGM victims will be able to be treated both surgically and psychologically since FGM does not only maim the sensitive genital organ but also the psyche of the survivors. Garana also conducts sensitization programs for communities to abandon FGM.